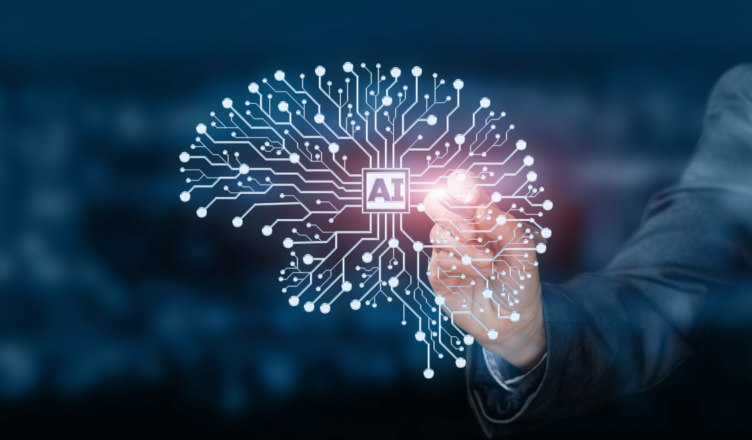 Our U.S. Chief Operation Officer, Steve Smith, is a member of the Forbes Business Council where this article was originally published.

Since the earliest days of the Industrial Revolution, humans have feared machines taking over their jobs. One can argue that mechanisation erased some jobs, but it shifted the nature of work rather than eliminating it, pushing workers to pursue new skills to better their lots in life.

Despite its name, robotic process automation doesn’t require physical robots trudging through corporate hallways. It’s the robotic performance of repetitive tasks with well-defined input and outputs—not unlike the coded instruction for factory machines—that gives RPA its name. RPA “bots” are rule-based software that’s valuable for automating tasks like scanning an invoice and transferring its data into the accounts payable system.

However, whole business processes are far more complex than a series of static functions strung together. As the COO of a company that provides automated solutions driven by artificial intelligence (AI), I’ve learned that true business process automation requires more than bots. It needs AI technology working with those bots to not only perform repetitive manual tasks but also to mimic the way humans think, analyse and decide the appropriate next course of action.

Bots Vs. AI: You Can’t Fix Everything With A Hammer

Deploying an RPA bot is analogous to using a hammer. It’s great for driving nails, but when confronted with a screw or another fastener, it cannot perform as expected. A bot that tries to do its job regardless of its inputs can cause damage (digitally speaking), possibly shutting down the workflow that relies upon it.

We can use RPA to automate finite processes where it makes sense, but then a higher level of intelligence must take over. Business processes require intelligence that is always assessing, learning and optimising the actions and the outcomes to make ever-better decisions. In today’s enterprise, that intelligence is typically human, but that is changing.

Leveraging AI (alongside RPA bots) enables far more flexible work processes and decision-making based on a deep understanding of all the data available. Unlike static, hard-coded RPA bots, AI is an adaptive, algorithm-based technology. It mimics human thinking and intelligence, extracts and analyses vast amounts of data, and learns (or can be taught) how to handle exceptions without intervention. AI models can continuously improve their accuracy and efficiency.

That doesn’t mean RPA bots will disappear. RPA is a relatively low-risk entry point into the world of process automation, performing repetitive tasks where the parameters rarely change and human involvement is infrequent. However, when business itself changes at lightning speed, even “static” tasks can change overnight. Your bot programmers better stand ready, or you’ll find yourself doing that task manually again.

Embedding AI in process automation addresses three business needs that are important in the long-term but which bots simply cannot provide.

1. Adaptability: RPA bots have a fixed understanding of the “world.” We can train a bot to retrieve data from a known location on an order form or invoice, but if the document layout changes, the RPA intake bot will fail. Remember, a hammer works great on nails, but not on anything else.

With machine learning capabilities, AI-based recognition tools can continuously learn and improve process efficiency. In this case, they can capture necessary information independent of its location on the form, allowing the workflow to continue without interruption.

2. Scalability: This inflexibility of RPA bots in the face of change prevents them from scaling with the enterprise. Sticking with our example, as the number of customers and suppliers grows, the variation in order and invoice forms quickly becomes unmanageable. Your team must constantly update your existing “hammer” or build new bots to handle each variation, making execution of the right bot and the right time convoluted.

For example, AI technology can learn from user corrections made on previous orders (or invoices) and take appropriate actions for similar forms in the future, which means far fewer errors. It also means your team won’t spend precious time constantly building and updating bots to handle higher volumes, no matter how fast the business grows—leaving them more time to focus on strategic business activities.

3. Extended scope: Finally, unlike RPA bots, which perform narrowly defined tasks with well-behaved data, AI-based process automation can be applied to a wide variety of business cases, such as analysing data, performing data mining operations or identifying possible process improvements. For example, AI can detect anomalies in the process and data, such as unusual quantities on a customer’s order compared to its history. AI can perform all these actions automatically, without the need to define (and code) for every possible extraction rule for all customers, orders, remittances, claims or whatever the business entity may be.

RPA Abounds Today, But AI Will Drive The Future Of Process Automation

RPA can help a business on its path to automation by eliminating tedious, repetitive tasks without the need for human intervention. Just show the bots what to do, and they require little intervention—as long as the data inputs match the expected parameters. Unfortunately, as the adage claims, change is the only constant, and that means frantically updating bots’ code to keep up. And even at their best, bots can only automate finite tasks within a business process, not the whole process from end to end.

To realise the true promise of process automation, we should use RPA where it makes sense to do so, but leverage AI-based technology for everything else. AI is far more adaptive to change because it is constantly learning and optimising. But don’t worry—while AI offers organisations increased adaptability, scalability and an ever-extending scope of application, it’s not likely to replace good ol’ human workers any time soon.