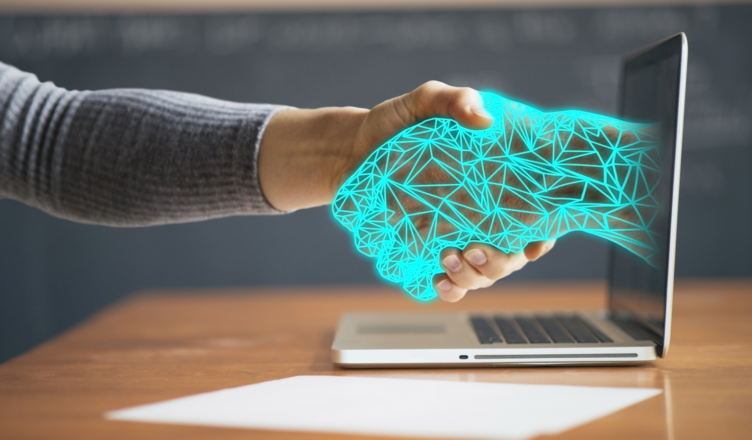 AI Can Be Scary

Alan Turing. Stephen Hawking. Bill Gates. Elon Musk. All these great minds of the computing world warned against the dangers of Artificial Intelligence (AI), and they have a point. The implications of any new technology need to be considered carefully — especially ones that, according to Stephen Hawking, could make humanity extinct. In addition to envisioning new ways to make it truly useful, societal pressures that come with any new technological advancement must be addressed.

Apart from the sci-fi scenario that evil robots will take over the Earth, the biggest fear that people express about AI and its related technologies is that their jobs will be replaced by it. This is not totally unfounded, as a 2019 McKinsey Global Institute Report estimates that that “about half of all the activities people are paid to do in the world’s workforce could potentially be automated by adapting currently demonstrated technologies.”

Yet, focusing on whether AI will replace certain human-performed activities rather than entire occupations would be a preferred approach to considering the implications. Leveraging automation that includes AI allows for a better quality and understanding of the data and an acceleration of work processes, all packaged into flexible, scalable solutions that can increase savings and productivity. This is the reason why this fast evolving, yet increasingly accessible technology is quickly gaining traction in business process application.

When business process automation first caught hold in the early 2000’s, it was clearly intended
as an economical replacement for tasks previously carried out entirely by humans. Since warning bells have gone off about the economic and social impacts of such massive changes, though, the conversation needs to change from hype to a more rational examination of how humans and machines will work hand-in-(robotic)-hand in the future.

“As processes are transformed by the automation of individual activities, people will perform activities that complement the work that machines do, and vice versa,” Bughin et al. write in their report. In the last few years, for example, AI-powered automation has evolved to enable the optimisation of the entire cash conversion cycle, thereby enhancing previous automation technologies that had already changed the workflows of finance and customer service staff considerably.

… But Not that Scary if Applied Judiciously

The two versions of automation currently most in use in finance and customer service functions are Robotic Process Automation (RPA) and AI with its various subcategories such as Machine Learning and Deep Learning. Often used somewhat interchangeably, these two technologies are not the same thing.

RPA in its most simple form, also frequently referred to as a “bot”, is basically a piece of code that executes strictly defined tasks repetitively and thereby automates business processes, such as signing into and pulling information from vendor and customer portals. You can think of it as an Excel macro that executes a set of instructions. RPAs, however, are not limited to Excel. They can be very useful when the same tasks need to be carried out repeatedly without any adaptation. This also means, though, that an RPA can easily “break” if the applications that the code interacts with change. The strictly task-focused, rules-based approach, however, can relieve the customer service or finance staff from the drudgery of repetitive work.

Once adaptive behavior is required – such as error resolution or analysis – the dynamic nature of AI comes into play. The term AI generally describes the mimicking of human, “natural” intelligence by using algorithms. This imitation of cognitive functions then allows for the extraction and analysis of large amounts of data, which are concentrated and processed to provide insights and inform future actions.

The process of learning and adapting to the collected data constitutes what is generally referred to as machine learning. In a procure-to-pay or order-to-cash environment this can refer to the mechanism of the algorithm learning how orders and invoices – as well as all collateral functions – are processed and exceptions are handled.

Analyses can then be performed on the collected data while at the same time utilising auto-learning technology to ensure the continuous improvement of these inherent processes and simultaneously optimise its accuracy and efficiency.

Check out Part 2 of this series!